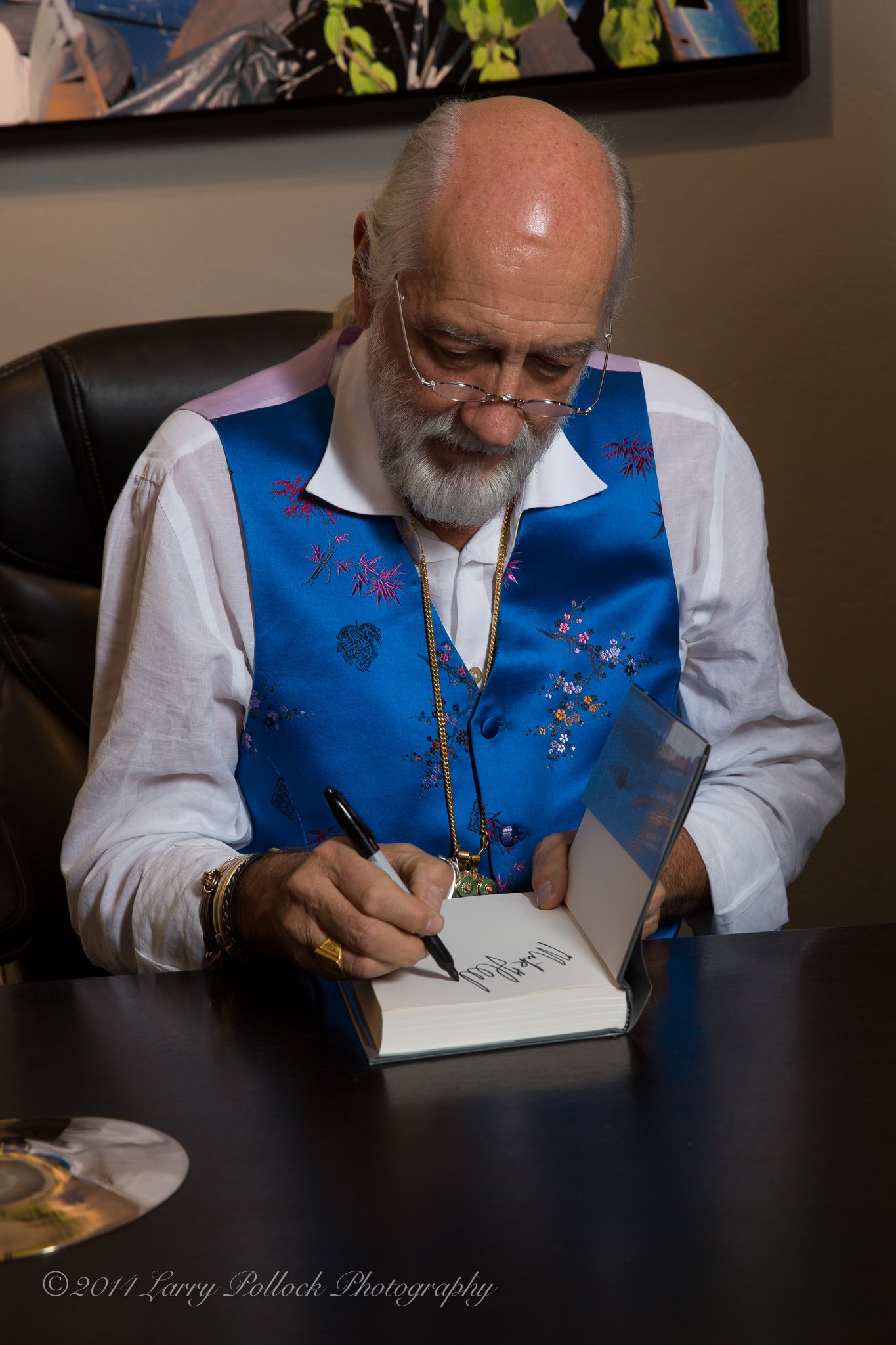 One of the things I love is capturing images and the feeling of events, concerts, stage shows, dance and more. When I was offered the chance to photograph gallery show for a music legend, I jumped at the chance.

Like many, I grew up listening to Fleetwood Mac. My brother and I had a vinyl record of Bare Trees album. I would often sit for hours listening to late night radio and recording songs on the built in (and very modern) cassette player/recorder in the home stereo. This is where I first heard Mick and the band.

Jump forward 45 years later (approx.) and I am about to meet him and see his art. Turns out Mick is a photographer. With some prodding he agreed to show his photographs and add a series of gallery shows that shadowed the current Fleetwood Mac tour. It’s the night before the concert and my wife, Faith, and I arrive in Scottsdale Arizona to setup for the evening photography. I get a last minute request to capture B Roll video as well as stills. I adapt and make it happen.

Waiting for Mick to arrive I make sure my small studio setup in the back area is ready, along with my settings for shooting in ambient light and for switching to video as needed. Three news stations are there. We are all ready. The next 3 hours are busy. I shadow the news reporters and their videographer. I make sure to get lots of stills of Mick and those attending. Never a moment to stop but for one moment in the back of the gallery. Both Mick and I are the only ones there. We look at each other and both in unison take a deep breath and sigh. Both recognizing that we needed to jump back into the crowd and get to work.

Mick is a tall gracious man who knows who he is and what he is about. I liked him a lot. He spent a lot of time explaining to small groups, the news media and individuals about his images, inspiration and process. Wrapping up the evening was time to sign and put his signature hand print, in red paint, on images purchased. At the last second they moved him out of my small studio setup area to a table on the side. I had just enough time to swing a single strobe light around and start shooting the signing with the new owners of each piece. Some of my favorite images came out of the time.

Before you know it, the event is over. Memory cards are full, as is my wife’s iPhone. Time to clean up and drive home. I have the best images in my head. The memory card I can’t share with you. So the images below will have to do. Looking forward to the next photo adventure.